Company CEO Matt Murphy is thrilled with the opportunity to represent Swiss Timing in the U.S. and look forward to expanding the reach of the highest quality products in the industry.  Matt Murphy stated, “Since the inception of automatic timing in swimming, Swiss Timing products have been the gold standard.  They have been entrusted with providing accurate, dependable results at every high profile event in the world including the U.S. Olympic Trials, U.S. National Championships, and the Olympic Games.”  United Sports Services will strive to not just provide the best equipment in the business, but the best level of service and support during the installation phase, to the moment the equipment sees the competition for the first time it is installed and long down the road for its clients.

Swiss Timing recently released its next-generation Quantum timing console in the U.S. market.  This will pick up the mantle of the current ARES console that has been the warhorse of Swiss Timing since the 1996 Atlanta Olympics.  The Omega system in service at Georgia Tech (which includes the original touchpads) continues to provide the same high level of performance today that it did during the 1996 Olympic Games.

The history of Swiss Timing

Although Swiss Timing as an independent entity was officially founded in July of 1972, its roots can be traced back more than a century to the earliest sports timekeeping activities of its sister brands, Omega and Longines.

Omega was on hand as the official timekeeper at the Gordon Bennett Cup balloon race in 1904, the first documented occasion of the brand lending its services to sport. Omega’s services came of age in Los Angeles in 1932 when, for the first time, a single company was responsible for the timekeeping of every event at an edition of the Olympic Games.

That partnership with the International Olympic Committee was an important one in the development of modern sports timekeeping and it remains a cornerstone in the Swiss Timing story. Working closely with its sister brands, it has delivered state-of-the-industry timekeeping and data handling solutions to the world’s highest-profile sporting event.

It is remarkable to consider the evolution of timekeeping technology and services since Omega first assumed timekeeping responsibilities in 1932. The 30 split-second chronographs used in Los Angeles have been replaced by 450 tons of state-of-the-art equipment, 175 kilometers of cable and optical fiber, and 70 display boards at the London 2012 Olympic Games. No fewer than 450 technicians, supported by some 800 trained volunteers, were dispersed among the 31 Olympic venues in the capital and its surroundings.

A commitment to sport

Working closely with the governing federations of more than 100 sports, Swiss Timing engineers, sport managers, and specialists are committed to creating timekeeping and data handling technologies and processes that are equal to the ever-changing requirements of a broad range of events and sports.

In the company’s history, these have included such breakthroughs as photoelectric cells, Scan’O’Vision photofinish cameras, touch pads in swimming pools, and starting blocks with false start sensors. And every year, new technologies are introduced to serve the sporting federations and event organizers, to record the incredible performances of the world’s best athletes, and to inform spectators and fans around the world.

An admirable contradiction of the heart and mind

The world is passionate about sport and as Nick Hayek, President of the Group Management Board of Swatch Group, has said, “Sport is a blend of pure emotion and absolute irrationality mixed with moments of absolute precision, complete objectivity, and black and white results – an admirable contradiction of the heart and mind. Swiss Timing has been an exceptional ambassador.”

The company has always been proud of that role. 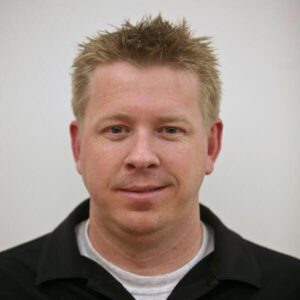 Matt has had chlorine in his veins since he was 4 yrs old. His love of all sports, but most of all swimming is tremendous. Matt started swimming at the age of 4 for his neighborhood summer club Northumberland. In high school, he swam for Swim Atlanta and helped get a high school team started his senior year at St. Pius X Catholics School in Atlanta. After high school, Matt attended Southern Polytechnic State University. Since there was no swim team there, he developed his passion for coaching and start coaching the High School swim team at St. Pius while in college. Shortly after that, he moved to The Marist School where he has been coaching for 21 years and still coaches there today. Matt Graduated from SPSU in 1999 with a bachelor’s degree in computer science. For many years, Matt worked as a consultant in the custom software development field where he worked with such clients as NAPA Auto Parts, John Deer, Kaufman Tire, and many others.  Matt left the consulting world to join the family business Needleheads, an embroidery, and monogramming software company. Matt left needleheads in the fall of 2013 to take over the US distributorship for Swiss Timing. The combination of Matt’s passion for sport and his technical background in computing has made him an invaluable asset in furthering the Swiss Timing brand in the US market. Matt and his wife Kristen live in Atlanta and have to children, their son Parker (8) and their daughter Maggie (4)

Brent has over 11 years experience in sports timing. Prior to his career in sports timing, he worked in the telecommunications and publishing industries. Brent has B.S. in Marketing from San Diego State University. When not working, he spends his time riding dirt bikes in the California desert or surfing along the California coast. 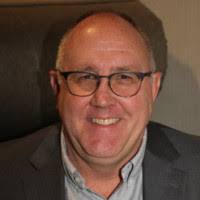 Bob has almost 40 years of aquatic experience including; 23 years coaching from learn-to-swim to Olympic Trials finalist, 3 years on the staff of USA Swimming, 3 years as an Aquatics Director, served as Head or Assistant Manager on 6 USA Swimming National or Junior National Teams and served on the Board of Directors for USA Swimming and for Oklahoma Swimming and Arkansas Swimming LSC’s.  Bob also has 8 years of facilities experience in the corporate world.  Bob is a member of the Arkansas Swimming Hall of Fame and Hendrix College Sports Hall of Honor.  Bob has a BA from Hendrix College and an MEd from the University of Arkansas – Fayetteville.  Bob currently lives in Bartlesville, OK with his wife Robin. 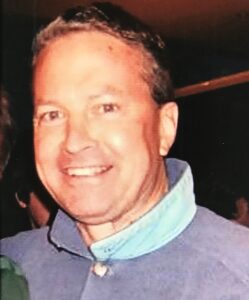 As a business development/sales lead in the Great Lakes region, James joined the team in 2019.  Over the span of his previous professional career, James has gained extensive consultative sales experience with multi-media companies across diverse categories. His background has transcended from advertising and brand building environments to successful roles with assorted national media sales companies. Having a passion for competitive swimming and being an active swim Dad on deck over the years fuels his interest in representing Swiss Timing in the U.S.
James describes his time at USS as “a tremendous opportunity to promote an iconic global brand and to provide our customer’s with compelling world-class products.”
James is a graduate of Michigan State University and resides in Michigan with his family.